Things To Know Before Moving To Tacoma

If you're considering a move to Tacoma, WA, you'll want to find out more about the area. This mid-sized city is home to many young professionals, but it's attracted a lot of families as well. These are a few things you'll want to know before making Tacoma your home.

There Are Beautiful Craftsman Homes In The Area

One draw for many homebuyers in the Tacoma area are the colorful craftsman homes that can be found here. Some of these homes are historic properties that have been standing for decades or more. These kinds of properties can be difficult to find. If you're a fan of craftsman-style properties, you'll want to look at homes for sale in Tacoma.

Tacoma has one of the fastest-selling housing markets in the United States, which means these craftsman-style houses aren't always easy to buy. If you're prepared to deal with the lack of inventory, however, you can find stunning and unusual properties here.

Many families are known to Tacoma because of its public schools. The city's schools have an above-average rating, and many parents have had positive experiences with the teachers there.

In total, there are 84 public schools that are a part of the Tacoma Public School District, and virtually all of them have received positive feedback from residents. There are also public charter schools, like SOAR Academy, and the Tacoma School of the Arts, an innovative art-focused high school.

Crime Rates Are Above The National Average

Although Tacoma isn't known for its high crime rates, the crime rates here are above the national average. The most common type of crime reported in Tacoma is property crime. Tacoma residents have reported both thefts and burglaries.

With that said, it's important to keep in mind that crime isn't a major concern for most people that live and work in Tacoma. According to one poll, more than 57% of Tacoma residents describe the area as "pretty safe." 38% of residents say that the police are highly visible and very responsive.

There Are Job Opportunities In Many Different Industries

There are a number of international companies that are based in Tacoma, and there are job opportunities across many different industries. Top employers in the area include Simpson, a lumber company, the Multicare Health System, and the Tacoma Public School District.

No matter what field you're working in, there's a good chance you'll be able to find opportunities in Tacoma. The city has a thriving job market. While the area experienced some setbacks when Russell Investments moved its headquarters to Seattle in 2009, the area has since made a strong recovery.

Tacoma Has A Mix Of Old And New

There is an active historical preservation program in Tacoma, and because of that, there are many historic buildings in the area. There are other historical sites in the city as well. For example, Tacoma is home to Fireboat 1, a fireboat that has been designated as a historic landmark.

With that said, you can see plenty of new construction in the area as well, especially when you venture downtown. When you live in Tacoma, you're surrounded by its rich history, but you won't feel like you're living in the past. You'll feel like you can experience history while enjoying modern amenities.

There Are Plenty Of Attractions In The Area

Another thing that drives people towards Tacoma is its rich culture. For example, Tacoma is home to a number of museums, including The Museum of Glass, the Tacoma Art Museum, and the Museum of Glass. There are also theaters in Tacoma, two of which are designated as historic attractions.

Each year, the Tacoma Film Festival is hosted at the Grand Cinema. History buffs may want to visit Fort Nisqually. It serves as a living history museum, and historic reenactments are hosted here on a regular basis. Other attractions in the area include the Point Defiance Zoo and the Wild Waves Theme and Water Park.

Tacoma Is Home To Many Beautiful Parks 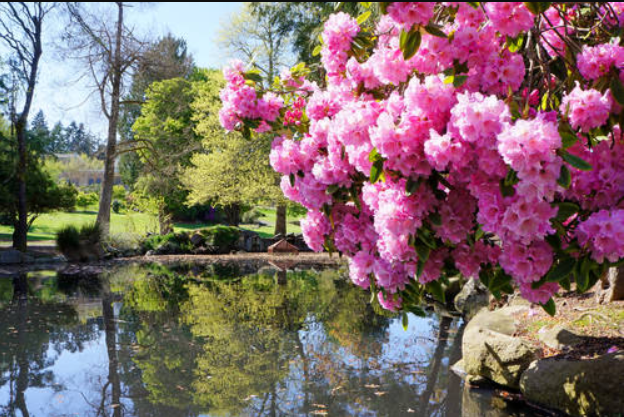 When you live in Tacoma, you'll have plenty of opportunities to head outdoors. Not only does Tacoma have a pleasant, moderate climate, but there are many well-maintained parks in the area. One of the most popular local parks is Point Defiance Park, which is home to a number of hiking trails.

There are also state and national parks in the area. At Mount Rainier National Park, you can see Volcanic Rainier, beautiful wildflowers, and glaciers. Dash Point State Park is also a beautiful place to visit. It's an excellent spot for camping, and there are sandy beaches here as well.

Although public transit in Tacoma can't compare to the system in other, larger cities, like New York, residents still have plenty of options. There's a light rail, buses, and there are even ferries that travel to Tahlequah.

In addition to Tacoma's public transit system, the national rail system Amtrak provides service to Tacoma. At the same station, residents can access the Greyhound bus service. Most Tacoma residents rely on cars to get around, but there are plenty of other options as well.

Tacoma has a lot to offer. While the city's population was 191,704 as of the 2010 census, it's seen quite a bit of growth in recent years. Now that you know a little more about Tacoma, you can decide if you want to make this Washington city your home.